ZOOM workshop with more than 2.000 attendants

Alternative Media carried both the production and the marketing of the renounced Greek NLP Coach and Interpreneus Elina Giachali.

The workshop was broadcasted through ZOOM. Since the largest capacity of a ZOOM meeting is 1000 attendants we gave the choice for particpants to attend either directly from ZOOM or through a private Facebook Group where it was being broadcasted as well.

Since Elina Giachali is one the greatest NLP Coaches in Greece she inspired hundreds of people into following her after the event through her social media and paid educational programs.

820 attendants watched the event through ZOOM and more than 1200 watched it through the private FB Group.

The production itself took place in Elina’s apartment. 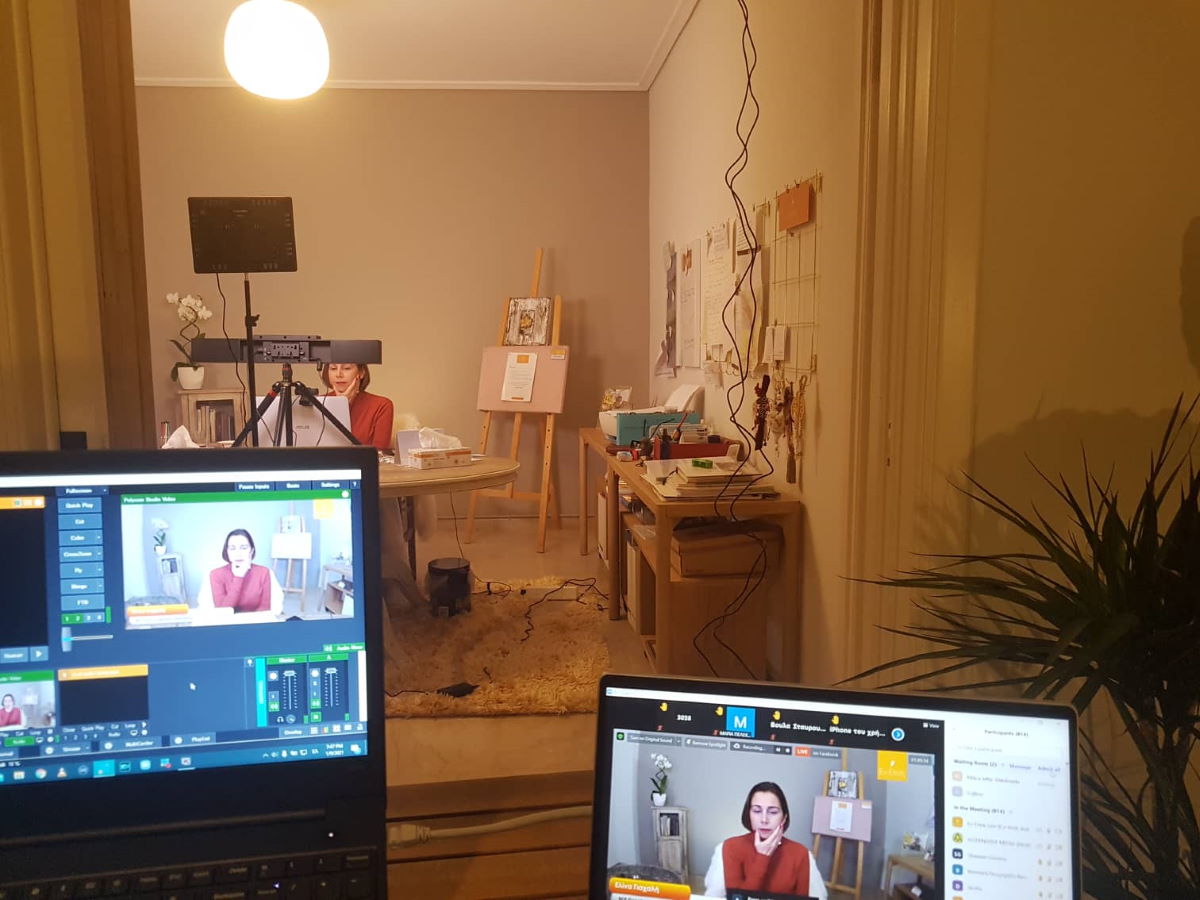